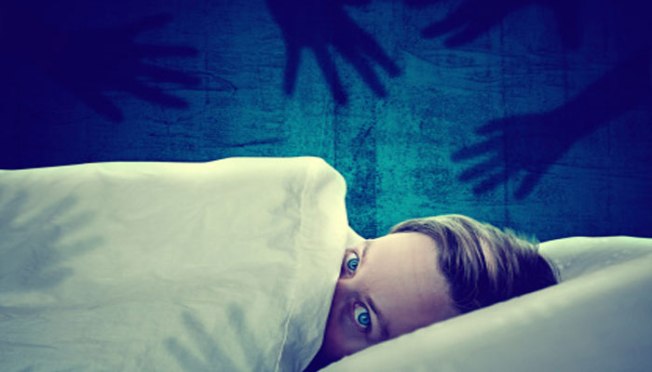 I’ve noticed a lot of fear popping up in the Spiritual community.  There seems to be a fear of predator energy, a “someone out to get you” theme going around.  What I’m referring to specifically is people rallying against certain teachers saying they’re “not of the true light” “assaulting in the astral realm” etc…  It’s almost like a modern day witch hunt.  It makes me sad to see this in the lightworker community, but at the same time I know that it’s something that these souls have agreed to play out in this lifetime.  It is the dismantling of fear.

I recognize this energy because of a scary experience that I had with a self proclaimed Toltec Sorcerer/Shaman very early-on in my awakening.  It was a scenario that played out in my life with the teacher/student theme.  In the beginning, I only knew that he was a Shaman and wouldn’t find out that he was a sorcerer until after I had agreed to be his apprentice.  I’ll briefly explain a bit of what happened…

Back in 2009, I had taken a trip to the little town of Mesilla, New Mexico, with my (ex) boyfriend.  We were driving through a little street behind the shops and when I looked over to my right, I saw a Native American man with long black hair standing on the sidewalk.  He stood there staring at me…our eyes locked.  He was dressed in all white and had a headband on his head that had rainbow colored beading on it.  As I was staring back at him, he reached his hand up to the side of his face and saluted me as he continued to stare.  I have no idea why I immediately saluted him back…it was just a reflex.

I told my boyfriend that the man had just saluted me and a second later, when I turned my head to point to him, he was gone.  We drove around again looking for him but we didn’t see him anywhere.  It made me wonder if he was really there, or just a spiritual vision/visitation.

I was searching for jobs at the time and was so intrigued by what had happened that day, that I had put in for a government job in a town close to Mesilla.  Very shortly after that, I got the job without even being interviewed!  It just fell into my lap.

To sum it up, there was a man that worked there who had a Native American background. He was an older man with gray hair and a strange white glaze over his eyes.  He told me that he had sent out a request (and did a ritual) for an apprentice to carry on his tradition.  He said he knew I was coming (spiritually) because some employees had killed a snake in the parking lot of the building and chopped its head off.  They had brought the headless snake to him to identify what type of snake it was.  In his belief system, he took that as a sign that someone was coming and because the employees didn’t respect the snake, it would be someone who would not appear to be significant.

As naïve as I was at the time, I thought that he would be my teacher and that it was “meant to be” because of the Native American man saluting me in Mesilla and because I got this job so easily.  I had no idea that this was some crazy Karma stuff that I needed to work through with this man.  Long story short, He did some stuff that led me to believe that he was trying to “steal my soul” and it was the absolute scariest thing I’ve EVER been through.  Toward the end of the whole ordeal, I went through one night of terror where the weather changed very quickly, sounded like someone was walking on my roof and the wind sounded like it was going to blow my house down.  I laid in my bed clenching my Black Tourmaline and invoking the Violet Flame! Lol  I don’t scare easily, so I knew that there were other forces at work here…There’s a very distinct feeling to it, and I will always be able to recognize that signature from now on.

I ended up quitting the job and moving back to Arizona within that week.  I still went through scary feelings for a while after I left.  It was a lot of fear to work through for me and a whole process of coming into my own power.  My closure came when one day my boyfriend had gone fishing and saw a snake in the road that had been partially run over by a car.  The snake was still alive and suffering, so he chopped its head off in an effort to end the suffering.

He brought the headless snake home and it was still moving/wiggling around.  I burnt some sage, did some Reiki and said a prayer over the snake.  When I asked the snake to forgive him and to move on to Source, the snake immediately stopped moving.  My boyfriend said he saw heat waves (life force energy) come out of the snake in that moment.  That was my symbolic closure for what I had gone through with the sorcerer.  The loop had been closed.  I felt completely free of any ties/cords/contracts after that.

But in the end it made me so much stronger and taught me not to depend on anyone to decide what I should do or to protect me.  I had a lot to learn at that point and even though he scared the crap out of me, I now realize that he was helping me to pull the strength from within myself…to stand firm in my own power.  He was a Shaman, although a bit dark (and creepy), I now recognize that he was a master teacher and I am Grateful for his lesson.

When you work through your shadows, make your dark aspects conscious, have an integration of all parts of self, there is no longer fear of something “outside” of self.

It’s an understanding so deep that there are not even words to describe the unification, the understanding of all that is.  I guess it’s like a Shamanistic view of darkness, for what it is, what it REALLY is.

Fear is a tricky thing.  It is probably the most difficult “program” to work through…so deeply embedded. When something pings that fear in our bodies, our minds can start making up all sorts of stories.  We see connections and “signs” that point toward whatever it is that we are going to create.  We pick them out, select them from many options.  It makes for an exciting story doesn’t it?

Choosing fear is a crossroads moment.  We choose…we ALWAYS have the ability to choose.  There can be signs EVERYWHERE to remind us of this:

“Choose Love or Fear – the choice is yours”

“LOVE is all there is”

“Fears are stories we tell ourselves”

“Fear and courage are brothers”

“Fear is the prison – Love is the exit”

But yet, sometimes we still choose fear.  From what I understand, fear was originally a program for survival purposes…but it eventually evolved into something else in a world that is severely out of balance.  Just take a look at the “Horror” industry.  People use fear and being scared as entertainment.  I will admit, I do like a scary psychological thriller as entertainment once in a while.  It can be an adrenaline rush.  Since childhood, I’ve always liked twisted mind benders…it stretches the boundaries of “in the box” thinking.

It’s all a matter of perspective…

Fear can be used as a tool.  If you so choose, it can show you where there are vulnerabilities, where something is still being held that needs Love/transmuting. In this process, sometimes we need fear to kick us in the ass to get us moving again.  On my own journey, sometimes I needed something “bad” or uncomfortable to happen, to kick me out of my comfort zone…or used fear to remind me that I was much stronger than that, that I was running an old program that was still in the last throes of existence.

When you look at it from a detached observer view, without emotion involved, you can see a clearer view, for what it really is.  Fear is a reminder.

The darkness is a teacher, an old friend in agreement to show you your own light.

As the darkness envelopes the night sky, it allows you to see the brilliant flickering emanation of the stars.

A Master Teacher will “show” you and remind you where your light is…where your strength lies within…and will continue to do so, until it is unwavering and impenetrable.

It’s like “tough Love” lessons that your children have to go through.  Sometimes a parent won’t bail them out or “save” them, so that they’ll learn how to save themselves.  That is our responsibility as a parent, to teach our children how to become responsible and independent adults…and so is the role of fear.

We are evolving into Unity Consciousness.  As the old programs of separation flicker in and out of existence, we may have moments of condensed triggers…fluctuating between worlds.  It’s important, if not crucial, to stay in your Heart Center during this time.  If you’re feeling fear, take a moment to step back and detach in observer mode.  Get out of the mind and into the Heart space.

After many experiences and lessons with fear, I’ve come to the realization that nobody is trying to hurt me.  It’s only a game, a learning experience that is actually in my best interest.  Staying in my Heart has always provided me with the answers.  Finding the stillness within has always provided the space for Loving guidance.

When we truly believe and embody that knowing, the last veil of separation will slowly start to unravel…Unity Consciousness will be revealed.  There is no separation.  It is all you and it is all in Love.  Perspective is a master key…the stillness is your sanctuary…the Heart is your guide ❤