On March 12th, something shifted when I woke up in the morning… I heard 3 loud chimes (kindof like bell ringing tones, but more like someone swept across 3 keys on a xylophone very quickly) and when I heard the sounds; I saw an image in my mind that looked like white sun rays with a light gray background. It kinda looked like this but with light gray instead of the black:

I wasn’t sure what to make of it, so later I meditated on it and got the message that it was a marker for a new level/phase/initiation. I was a little confused at first, so I asked for a better explanation. I was shown that when I hear the chimes and shown the pictures in my mind, it’s because a new (group) level has been reached. The tones represent an addition to the harmonization of signature tone. The picture is a representation of a new level. This particular picture shown to me is of Diamond Rays? At first I wasn’t sure if I was interpreting that correctly, but that’s what I got. So I did a little research on the internet and it occurred to me that the rays looked similar to other pictures that I found:

And then I found this picture which made more sense:

Ahhh…. So that’s what it means. There’s a large group who has reached the level of Diamond Light Body/Rainbow Body. I was given the message that this will be triggered or beginning phases for this group on or around Spring Equinox/Solar Eclipse. So on March 19th, I woke up in the morning and felt a sensation of warmth coming from my core. It spread outward and felt like it was filling up my body. It would last for a while until I was distracted by outside noise and then the sensation would stop. I’ve felt it before, but never really paid attention to it enough to figure out what it was.

I decided to focus on it to see if I could make it happen at will, and found that I actually could…When I focused on it, I was shown (and also physically felt) that it was my Solar Plexus and Heart chakras blending or combining together and this was creating an energy that was emanating outward. It has something to do with merging timelines or realities? I’m not sure if I interpreted that correctly? Something more along the lines of zero point, meaning that it’s a merging of HU-man authentic power energy (Solar Plexus) with Divine Love (Heart)…creating some sort of bridge/portal to anchor. The message I got was that the merging of the two created a portal that will anchor the Higher energies… I’m not even going to pretend that I understand any of that stuff -lol   …I’m sure there’s much more to it than my limited interpretation.

It was clearly a very warm energy and I could feel such a blissful comfort from it. When the warmth would emanate outward, I felt like I was expanding and leaving my body…kind of like I was expanding to a different realm. It was an awesome feeling to be able to control it for the first time, since this type of stuff has only happened randomly without my knowing or conscious direction. I was shown that now that I was aware of it, I could create it anytime I wanted. I went online and searched “Solar Heart chakra” to see if I could find anything, but there really wasn’t anything except one post about the merging of the Heart and Solar Plexus.   The author had also experienced the same sensation and called it the “Solar Heart chakra”. The article can be found HERE

**Later after writing about this, I stumbled upon a post from Sandra Walter that she wrote in May 2013 while searching for something else. I was surprised that she had already written about it and she had even posted a video about it. She called it the “Solar Heart center”.  I guess I wasn’t ready for it until now…Her post can be found HERE 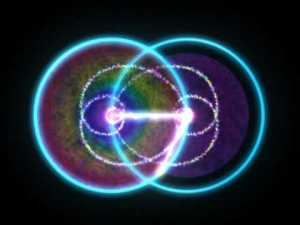 In her explanation, she describes it as a diamond and this center being between the Heart and High Heart center. She doesn’t mention anything about the Solar Plexus though…. So now this is all coming together…it totally makes sense. I never really understood how I was supposed to create or manifest, and had tried several different techniques. Sometimes things would manifest, and sometimes they wouldn’t. What I did realize is that sometimes I unintentionally manifested stuff when I was in a state of high emotion. But the message that I’m getting from this Solar Heart experience is that this is the tool to consciously manifest and create without having to worry about the high emotion influencing the creation. It is of Christed Light, so lower energies are not even an option in this form of manifestation.

At the moment, the strongest way for me to connect to this merge, is in the half awake/half asleep state. When I wake up in the morning, if I don’t fully let myself wake up, seems to be the best time to play with this. I’ve been doing this for a few days now. I’ll keep playing with it and see if I can bring myself into this state while fully awake.